* Cart away sacred items * We are merely acting based on instruction, says local govt scribe 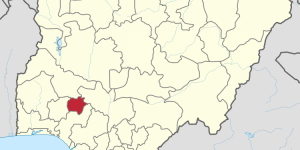 Pandemonium broke out in Orin community in Ido-Osi Local Government Area of Ekiti State when a team of officials of the Ido-Osi Local Government allegedly led by Secretary to the local government Mr Olumide George Fadipe and the Chairman, Adeola Adedimeji, allegedly broke into the palace of the late Olorin of Orin-Ekiti, Oba Oluwole Olubunmo, carting away many sacred items meant for the installation ceremony of the Oba and other vital documents.

A youth leader in the community, Mr Martins Omotoso, who spoke to reporters Thursday evening, alleged that:

‘At about 10:45 am today, a team of officials of the Ido-Osi Local Government Area who were led by the Chairman and his Secretary brought security operatives and some men appointed as warrant chiefs by the state government to the palace of our late monarch. They broke into the palace and broke the doors and carted away many sacred items meant for installing the monarch and many documents stored therein. They did this because they didn’t have the keys to the palace. The man who has the keys to the place is Chief John Ilori who is the Elewere of Orin, who is the traditional custodian of the property inside the palace. They also carried out a purported selection process and barred the people of the town from witnessing the process as demanded by tradition.

‘We suspect that these people are being sponsored by the government of the day in order to forcefully install the anointed candidate of the state government which they want to impose on the people of the town. Only yesterday, the government through the Ido-Osi local government sent letters of suspension to the traditional kingmakers of Orin without stating any reasons for their suspension.

‘The government had also appointed their own people as warrant chiefs and we leant that they have bribed these people who had followed the LG officials in company of security operatives to steal the royal traditional sacred items for installation of the monarch. This is so terrible. We wonder if this is how Governor Kayode Fayemi wants to restore our values.

‘They were in town in the company of the warrant chiefs to begin Obaship selection from Ajibewa ruling house that was not recognised by history and tradition.

‘We even learnt one Olufemi Adeniran Ajibewa has been selected against our culture and tradition. We appeal to people of good conscience to beg them not to cause chaos in Orin Ekiti.’

Reacting to the allegation, the Secretary to Ido-Osi local government, denied the claims, saying that he and those in his team had merely acted on the instruction contained in a white paper from the state government which directed that the selection and installation of a new monarch of the town be commenced without delay.

‘lt is a mere fallacy to say that we broke into the palace of Olorin today. All the property inside the palace are government property, including all the workers there, including the security guard, they are all staff of government. So, we did not break into the palace but we only went there to carry out the instruction of the government on selection of the new monarch and that has to be done with the protection of security men. The kingmakers existing before were suspended by the government because they had failed to perform their duty of producing a new monarch more than five years after the death of the late monarch. So government-appointed warrant chiefs were with us to preside over the selection process today. In the government paper, we have three ruling houses of Famokiti, Olubunmo and Ajibewa and the next in line is the Ajibewa family,’ he said.

Mr Fadipe also denied the allegation by the Orin people that Governor Fayemi wanted to impose a candidate who is a personal friend on the people of the town.